Iran (real name Persia) has always been seen as a bit of a threat to the rest of the world. The country’s alliance with the Russians in the late 1830s led directly to the siege of Herat, where Eldred Pottinger spent the best part of a year helping to defend the city.
Worse than that, the Persian-Russian threat was considered so serious the British invaded Afghanistan to protect the frontier of India.
None of it turned out well: it’s all in ‘The Trials of Eldred Pottinger’. 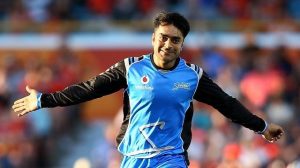 the cricket World Cup. It’s interesting to note that the game was first introduced to Kabul during the British invasion in the First Afghan War.

There is an episode in ‘The Trials of Eldred Pottinger’ where our hero watches one of these first matches from the boundary.

There appear to be few contemporaneous accounts of cricket in Afghanistan in 1839-1 and there is little evidence of the game being played there until recently.

‘The Encyclopedia of World Cricket’ merely states: ‘Although cricket is recorded as having been played in Kabul by British troops in 1839, the British left no lasting legacy of the game.’ For the benefit of cricket-lovers, here is an extract from my book:

Dr John Logan offers to take us to the afternoon cricket match which has been got up by the men – the Bengal Light Infantry, a European regiment, is answering a challenge laid down by the 37th Native Infantry.

We collect our horses and ride a couple of miles further out of town to an area which has been commandeered for sporting pursuits. Around the periphery is a horse-racing track which, to my eye, looks about the same distance as the course at Epsom in Surrey, which I visited during my time at Addiscombe. A small stand has been built near the finish line and beside it, facing away from the course, is a large pavilion which serves as the headquarters for the cricket field laid out within the race-course.

A game is under way when we arrive. The Europeans are in the field while the Indian side contains four of its European officers. ‘They do the batting, while the natives practise their spin-bowling on the enemy,’ Logan explains.

For a pious churchman, he is highly knowledgeable about the game and invites us to join the queue at the betting booth where we are given the opportunity to wager a few rupees on the winning team and, should we wish to do so, wager some further coin on the man most likely to achieve the highest score. Careful of my funds, most of which I must remit to my step-mother, and mindful of Macnaghten’s warnings about exercising economy, I limit myself to placing 50 rupees on the European team. Burnes, who has seen these games before, opts for the Indians, declaring they have two infantrymen capable of bamboozling even the most lively of batsmen. Native Afghans cluster round the bookmakers, a couple of shady Londoners who seem to have made their way to Kabul after the conquest, with the primary purpose of promoting and exploiting various entertainments. The Afghans show little interest in the proceedings on the field but they are eager to debate the odds of one side winning and the other losing. It seems the Europeans are favourites from the very fact that we British invented the sport, brought it with us from home and must be the superiors in this struggle. On the other hand it is noted some of the leading cricketers on the other side are also European, despite being members of a native regiment, and, besides, the natives have the two most guileful bowlers. ‘It is the flexibility of their wrists,’ says Logan, ‘There is something in the Indian which gives his wrists a greater strength and flexibility than most of our own men possess.’

There seem to be at least 15 fieldsmen, not to mention the two umpires, a bowler and a wicket-keeper on the European side. This, Logan assures me, is normal. It is also notable that some of the bowlers are adopting the new round-arm method of throwing the ball. This, Burnes says, is tantamount to cheating because the ball travels faster and gives the batsman less chance of hitting it. That said, it looks as if one of the batsmen, who is named by Logan as Major Charles Griffith, is dealing admirably with these thunderbolts, allowing them to slip off his bat behind the wicket-keeper and into unmanned spaces which permit him and his partner to saunter for a couple more runs at their leisure while some wheezing old sergeant lumbers after the ball.

Nice write-up in the Express & Star, which has carried an interview with me where I try to explain how I came to write this book and answer the question whether Eldred Pottinger was a hero or a coward.

Accompanied by this pic… 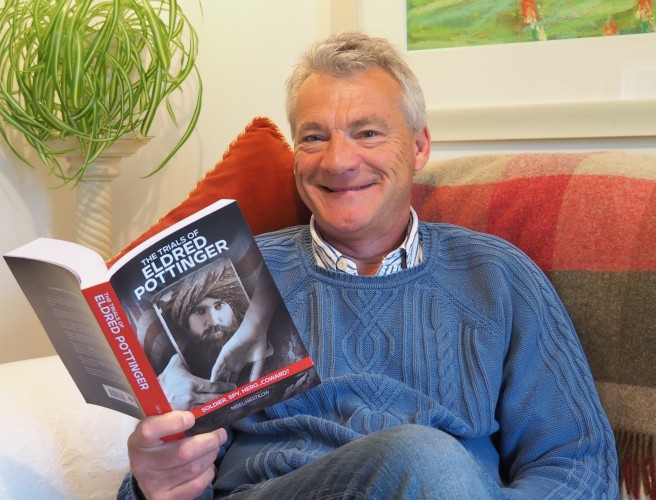